Back in March, my plan was to open a small recording studio, emphasizing old school tools and practices: ribbon microphones, tube electronics and half-inch tape. Not to mention setting levels and placement during rehearsal, then letting ‘er rip live, with the spark of spontaneity and live interaction in the moment retained and captured, like lightning in a bottle. No death by 1,000 edits in a  3-4 minute song, no auto-tune. With this in mind, I rented a 500 square foot space in the Velvet Mill – a very cool, freestanding forge building out in the middle of the mill’s parking lot. 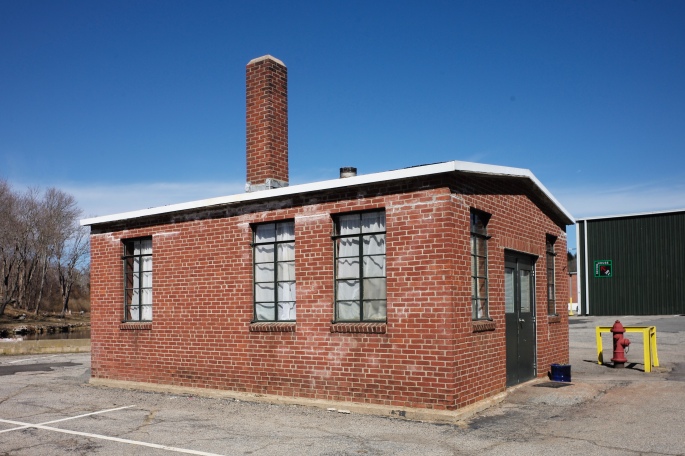 I expected to leave the world of two channel audio behind, having retired from Audio Note UK in June 2016. Then I made a terrible, terrible mistake. I borrowed a pair of Auditorium Hommage 755a from Jonathan Halpern, major domo at Tone Imports. I had always been curious about the WE and Altec 755 full-range driver, having heard and read wonderful things about them over the years. With Line Magnetics making painstaking replicas of the WE 755a version, and Keith Aschenbrenner of Auditorium 23 applying his experience, knowledge and insight into this new model, now was clearly the time. So I picked them up at his warehouse in the Brooklyn Navy Yard, swaddled them in moving blankets and carried them home to Connecticut’s Eastern shore.

15 minutes into first hearing these stone-cold, brandy-new loudspeakers, using lowest common denominator gear – a BluRay DVD player and an inexpensive integrated hooked up by zip cord running under the carpet, I knew – make that KNEW – they were never going back to Brooklyn.

Then I made another mistake: I borrowed a Shindo Aurieges pre-amplifier and Montille CV-391 power amplifier from Jonathan. Listening to this combination in the Forge with the 755a, fronted by my PTP Audio Solid 12 table, Thomas Schick 12″ arm and Denon/Midas 103 cart with the Auditorium 23 Denon step-up transformer, I quickly realized I was doomed, my fate sealed: I would be opening a hi-fi shop in tandem with the recording studio.

As I made further decisions on what lines to carry, never intending to be everything to everyone, but rather, an excellent source for those who hear and appreciate music the same way I do, and as the gear rolled in, it became abundantly clear: 500 sq ft couldn’t accommodate one of my purposes, much less two.

As luck would have it, in September I found my new space – 1,500 square feet, about half of which has 12′ ceilings, great thick beams, exposed brick walls and abundant window light; the other half having plaster walls and a dropped 9′ ceiling. It had purple and green walls and a somewhat rumpled section of floor, (Barney’s secret lair?), and I had no idea what it would sound like but I knew this was it. I signed the lease and began moving audio gear from one location and recording gear from another – my converted carriage house ‘bachelor pad’ which I no longer had any use for, having married in June.

Gear is still arriving, and I’m still moving in, but in a week or two, i should be ready to receive visitors and potential clients. I can’t wait!